Why The Name “Harth”?

Harth is a contraction of Harvey Thompson. That way people can be sure who the original author was.

The name also evokes the idea of a “Hearth”, a warm and cosy often industrial sized fire-place in the home or blacksmith’s; here food is cooked or new tools are forged. 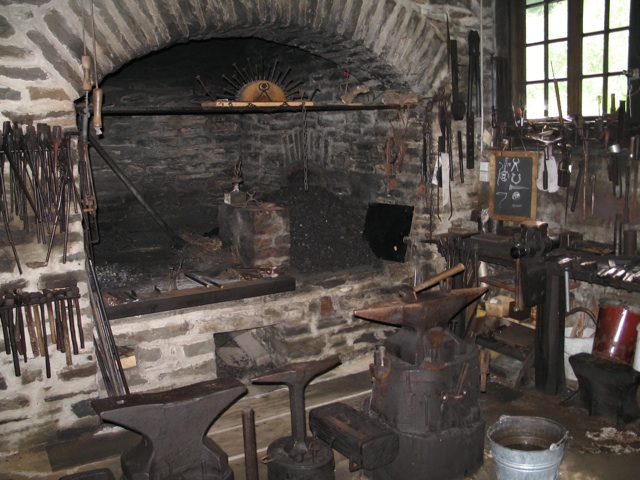 Yet Another Programming Language?

The nice thing about standards is that there are so many of them to choose from.

Hopefully Harth will not turn into a Jack-of-all-Trades (and master of none), nor a confusing Swiss-Army-Knife programming language (the sort you use if you can’t find your professional toolbox).

See also Mike Taylor’s: “What is your Favourite Programming Language?”

Mine would probably be Emacs. Wait, Waaa? Emacs is actually a Lisp Programming Language runtime disguised as an extremely customizable editor.

Programming Languages I Borrowed Ideas From

In building Harth I’m borrowing some of the “good” ideas from various existing programming languages. Each of them are well worth learning and using in their own right. I’m also very aware and am grateful for the massive amount of work put in by all the clever people behind each of these programming languages.

Programming languages I’ve not really used, but have read about interesting ideas worth borrowing:

Implement these later as auto-builds from markdown docs and Doxygen code from source.

The high level vision for the project is to:

Software Engineers (programmers) use many tools, the most important of which is essentially a high tech type-writer; the code editor. This is something like Word (or Notepad), and they write text (code) which is saved in text files. There are many other tools which provide some additional functions that help programmers. These features may already exist in in the code editor, or may find found in a separate tool.

Some of the tools or features a programmer needs are;

There is an almost endless list of tools a programmer might need. Consider Home Depot and how many hammers, drills, spanners, screwdrivers, rulers, saws might be needed to build and maintain a house. Likewise there are 1001 tools a programmer might need to use to build good software. Not all the tools exist in one place, and not all the tools are as good as they could be, or easily available, or cheap.

My aim is not to provide all 1001 tools. That task is far too big for one person to achieve.

But we have to start somewhere.

So a more realistic aim for this project is to:

Provide a great foundation for many programmers to write and share good tools a little easier, as and when they need them.

Currently there has been an explosion in software developers creating new programming languages out of the desire to solve the cohesive lack of good tools. “Yet Another Programming Language” is announced, but most software developers groan at each solution, but can’t quite understand why. A few have discovered that we’re often repeating the same patterns and even mistakes. We have to try to think a little differently, dig for the hidden gems of ideas that a few smart people have discovered, some of these could make a big difference.

So the more focused aim of this project is to:

Try to collect the most modern and alternative ideas in one place, to try something a little different.

Still this is a quite a lot of work, so we need a more realistic shorter term aims for this project.

Build a new prototype programming environment based on more new and modern ideas learned from experience and academia.

Rough completion for this years goal (not for a full final implementation) from the above list:

Some stats, which if you’re aware of programmer productivity is very high. However I’ve been careful to work only about 8 hours for 6 days of the week to avoid burn out.

Though not the stretch ones though, they were optional; they’ll eventually get done when it makes sense.

The plan was to finish the prototype in November and December, but though it’s taken nine months to program the “brains” of the project, once that was done it took only two weeks to implement the prototype features as extensions for an existing editor (Emacs).

This project is NOT a business. Essentially I’m on sabbatical from work and doing research and development using some savings.

I have some ideas on a business plan; for now I only need money to live and eat.

The long term plan (subject to changing my mind on a whime) is:

Currently the prototype(s) are closed source, the code and built products are internal prototypes for research and development.

The projection for first usable alpha is roughly somewhere within 2016 to 2017 (plus or minus as many years as required). Translation: I have no idea really, other than that’s a huge undertaking.

Obviously if a few people help out (especially full time), this might be reduced very slightly.

What Does The Prototype (V0.2) Demonstrate?

This has essentially demonstrated one of the ideas; by providing the “brains” as components, programmers can write better tools.

I can demonstrate editing a very simple program with the following features:

Note that the features adapt to changes in the program as you edit it - the “brains” re-analyses the whole program as it’s been written.

Not everyone uses Emacs as a program editor, but it would be fairly easy to write plugins for other editors; most of the work is done in the server process (for example: you can simply use telnet or netcat to talk to the server, it’s just a TCP text service like a web server). The “server” should really also provide information to format/colour/indent code - and/or possibly provide standard editor component.